Canadian snowmobile manufacturer Ski-Doo approached us looking to produce a snowmobiling adventure video with a local brand ambassador. Michigan’s Keweenaw Peninsula is a snowmobile mecca thanks to the 300+ inches of annual snowfall. With the snow on its way out, Ski-Doo needed a video production team that was prepared to head north at a moment’s notice.

We’re always up for a good creative challenge and soon found ourselves prepping for a snowmobile camping trip in the heart of the Keweenaw with Ski-Doo Backcountry Expert Matt Downey.

The Keweenaw Peninsula received over 300 inches of snow during the 2018-2019 winter season so there was still enough snow in the higher elevations to get the snowmobiles around. Matt Downey loaded up the sleds and got ready for one last winter camping trip.

We filmed Matt, Kenzie, and Joel as they made their way up the Keweenaw and found the perfect spot to set up camp for the night. Once the tents were up, firewood was collected, and drinking water was filtered, we cooked our supper over the fire. With full stomachs we kicked back and enjoyed the roaring fire under the stars while Matt regaled us with stories of his most memorable guided snowmobile trips.

After a sub-20º night, we fueled up, packed up, and headed back down the hill to put the footage into production. Getting the next generation excited about the sport of snowmobiling and being responsible when out adventuring became a large part of the story we created.

Haul gear up a small mountain. 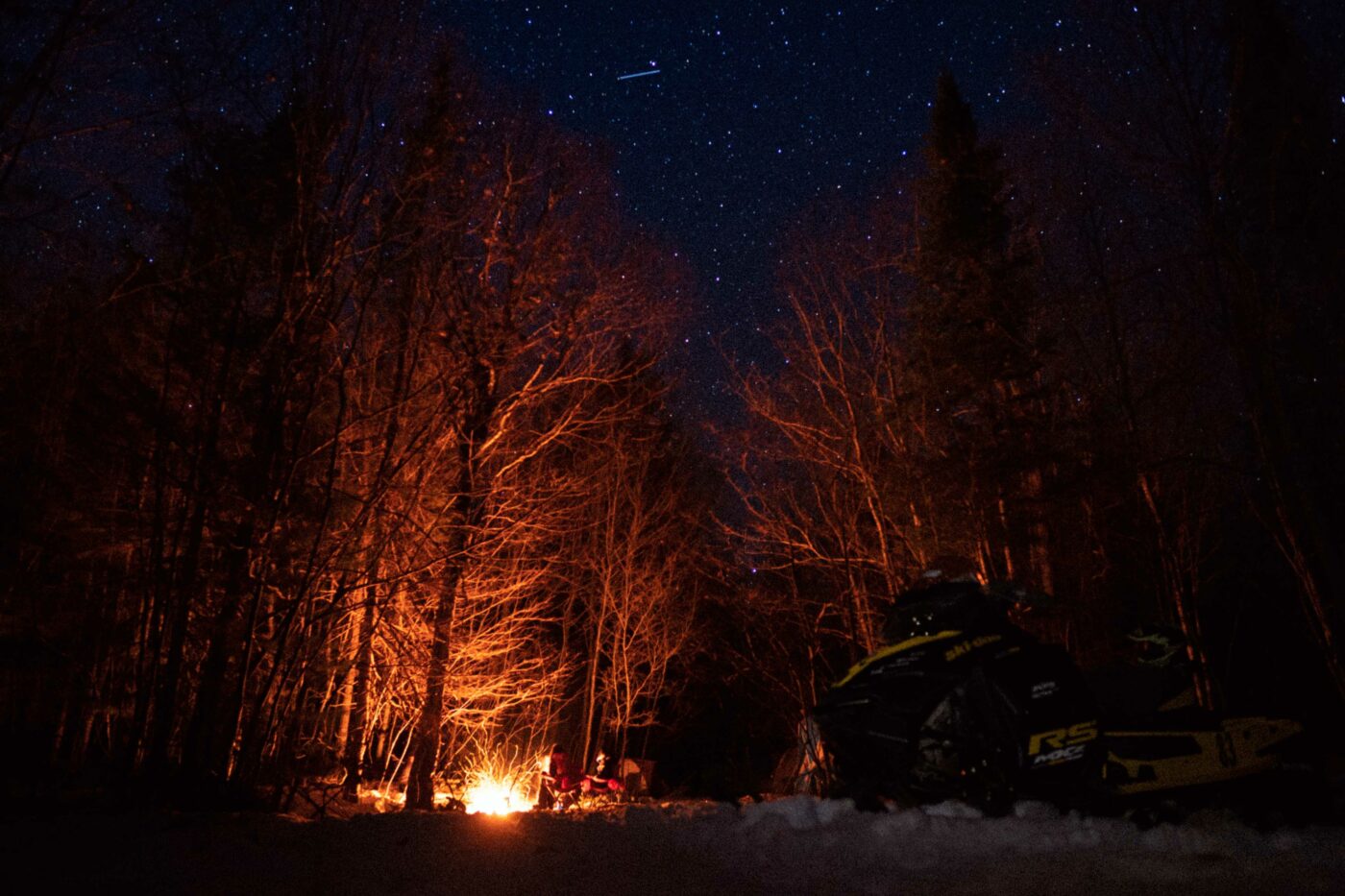 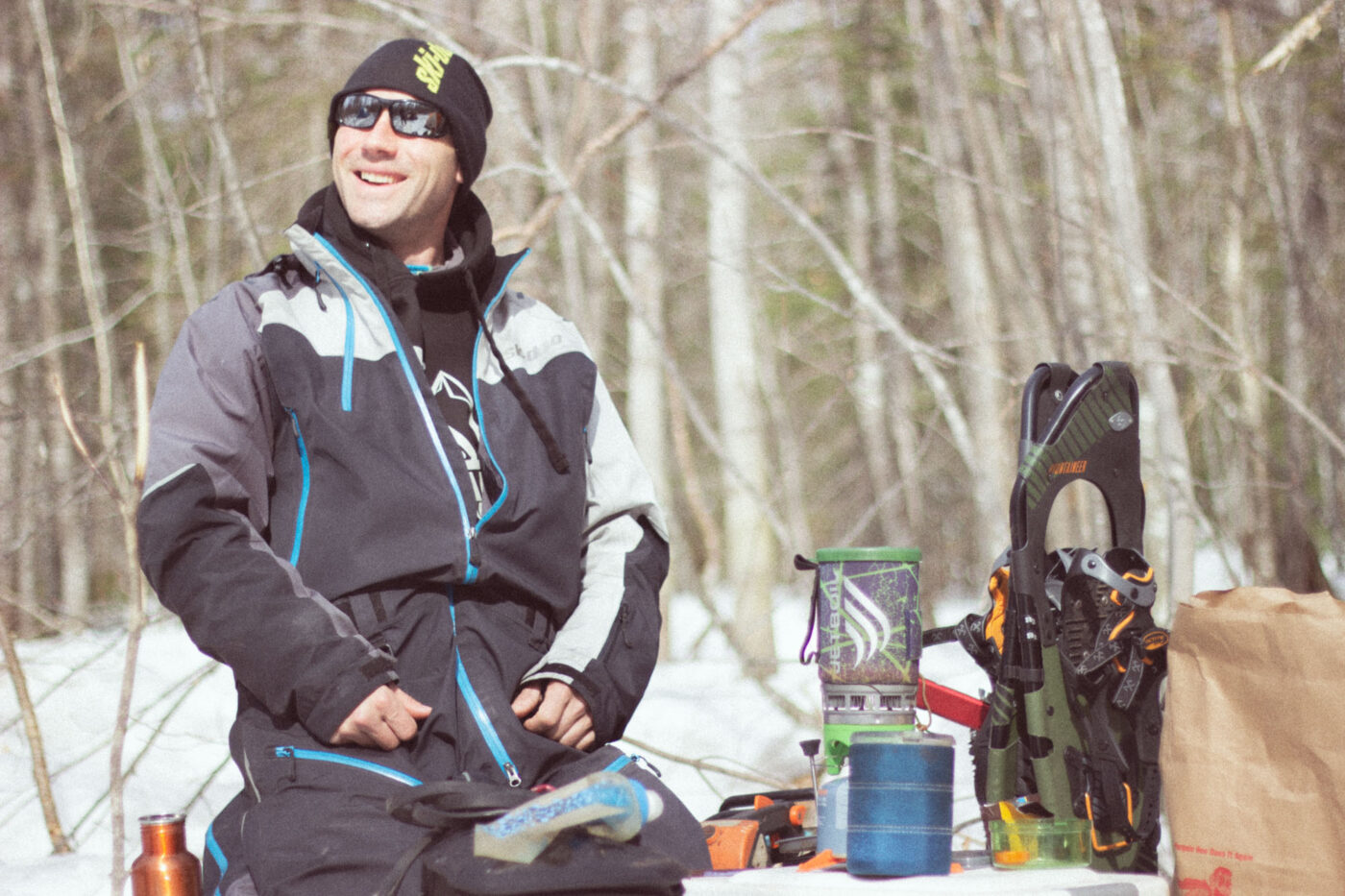 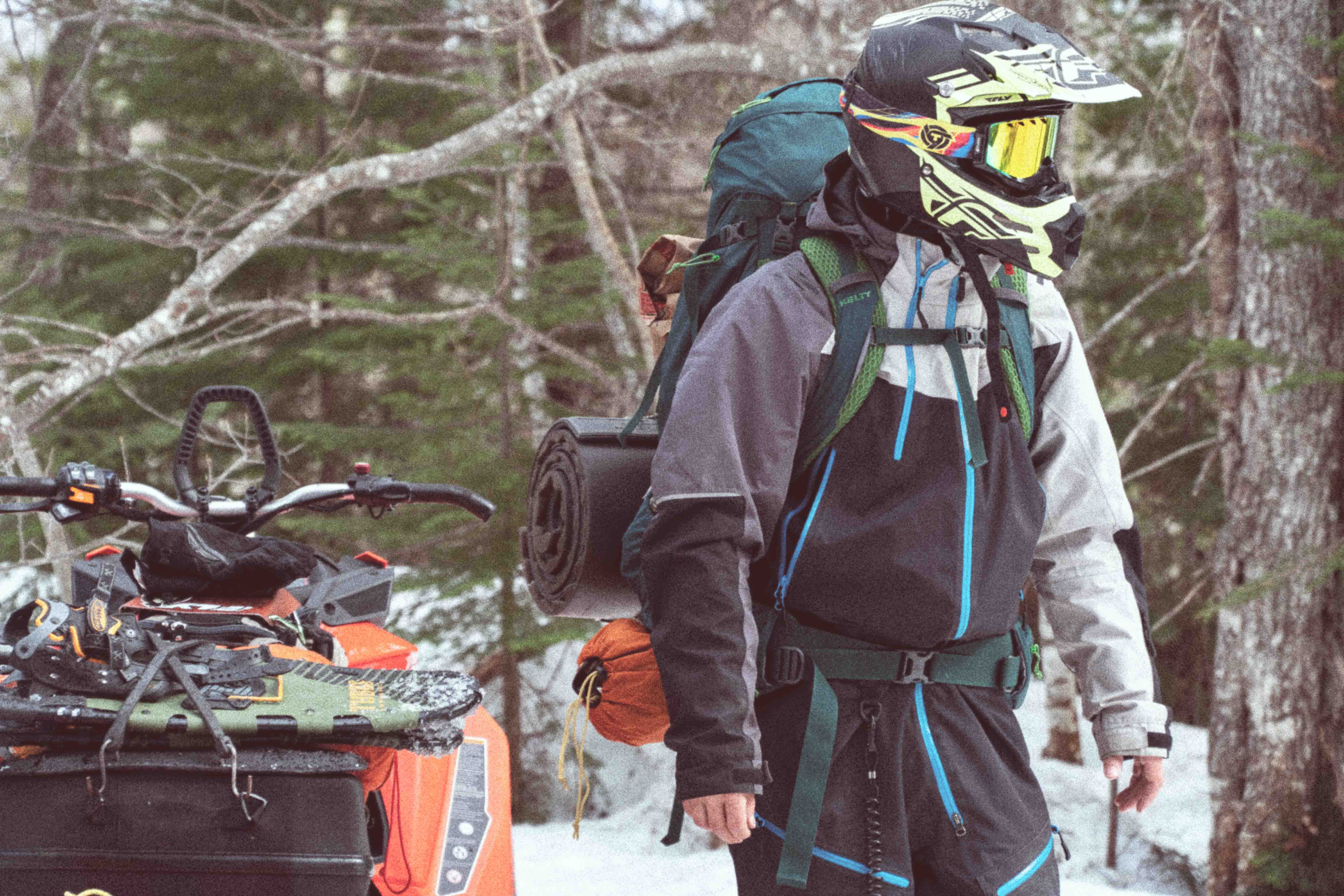 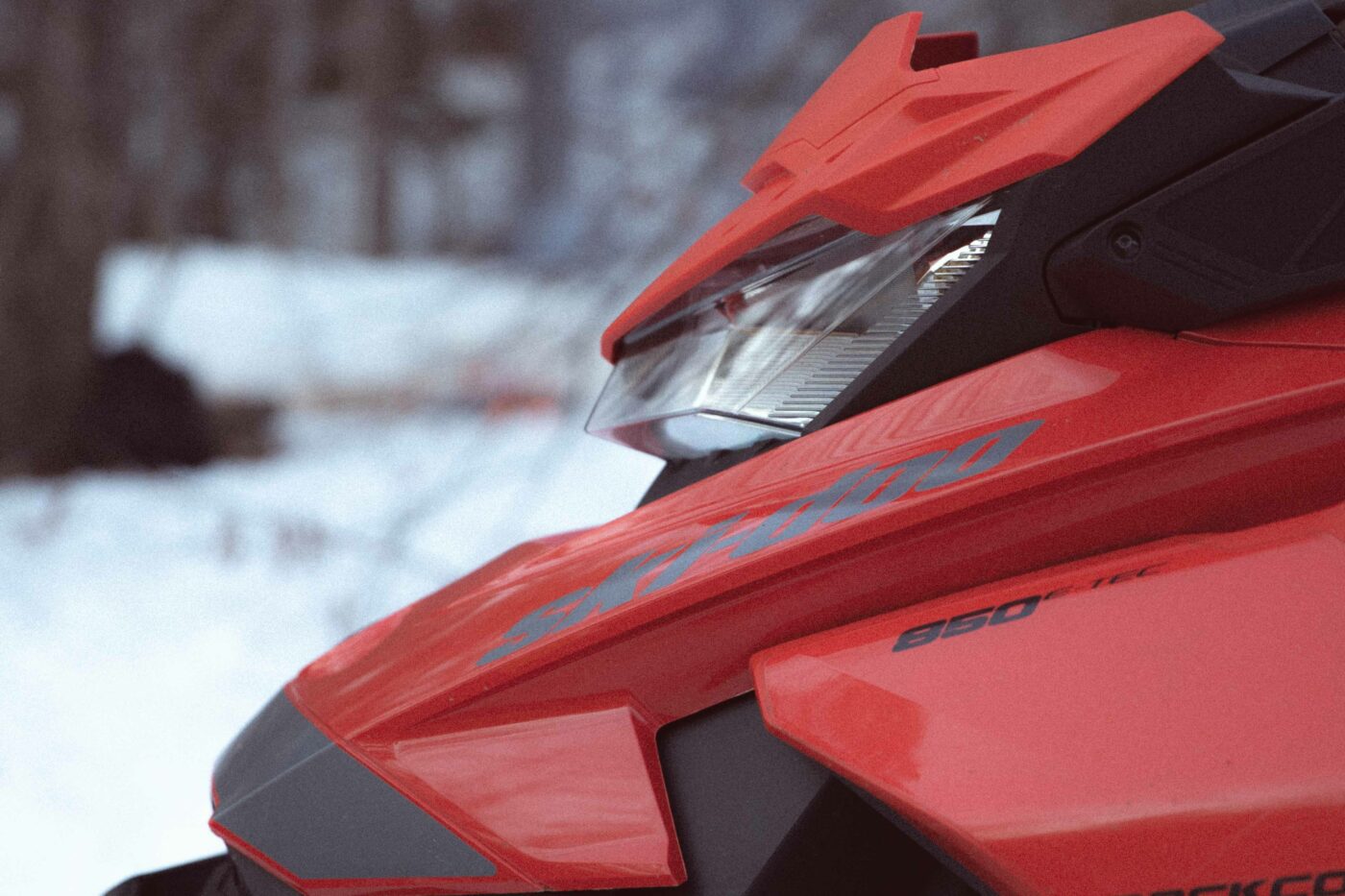 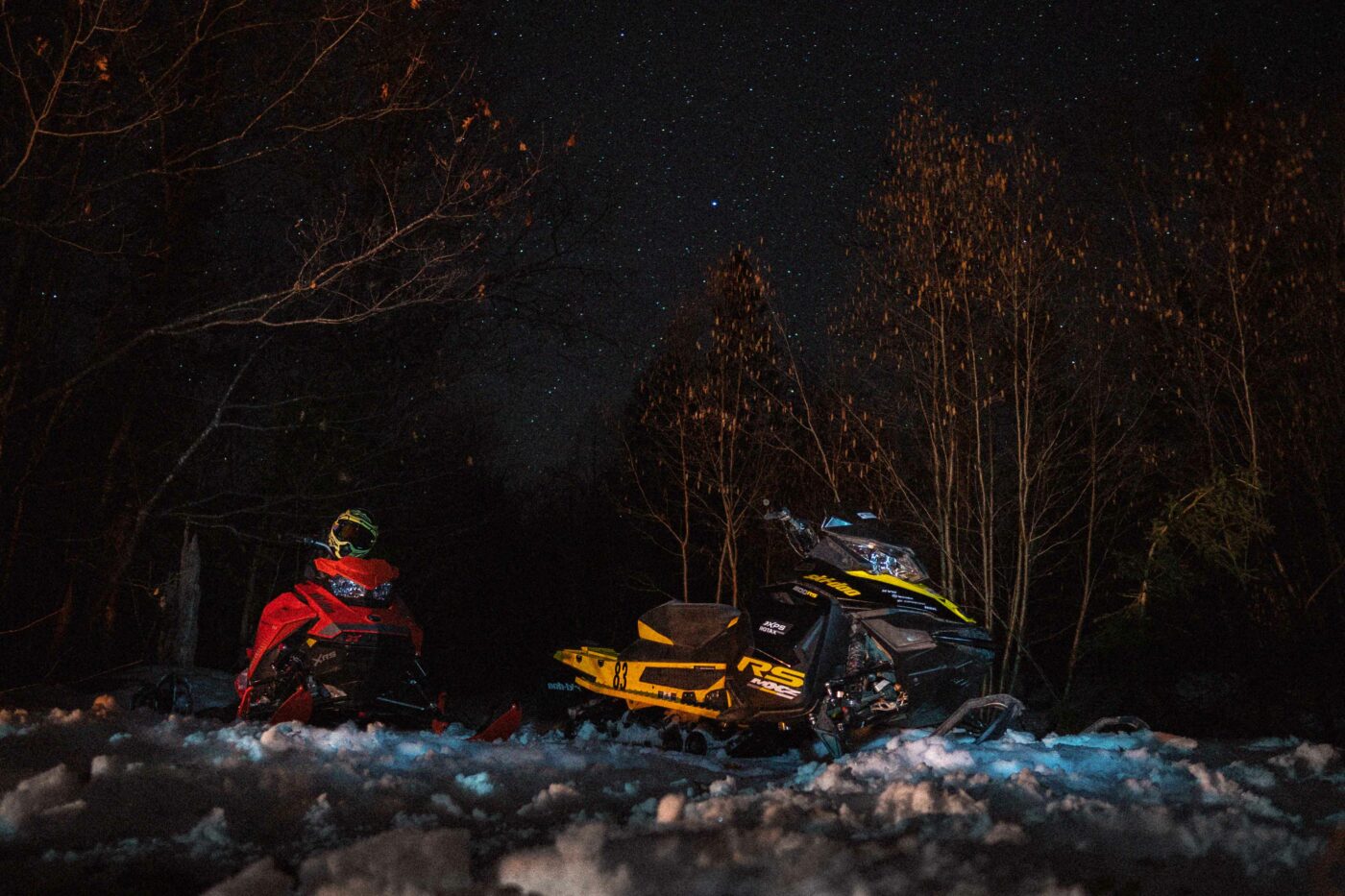